It's time for a new release with loads of new Connectors, functions and other improvements. All features are now asynchronous and better support retina displays. We've also made some substantial improvements to the loading time and overall performance.

Dowload the latest version of SeoTools! 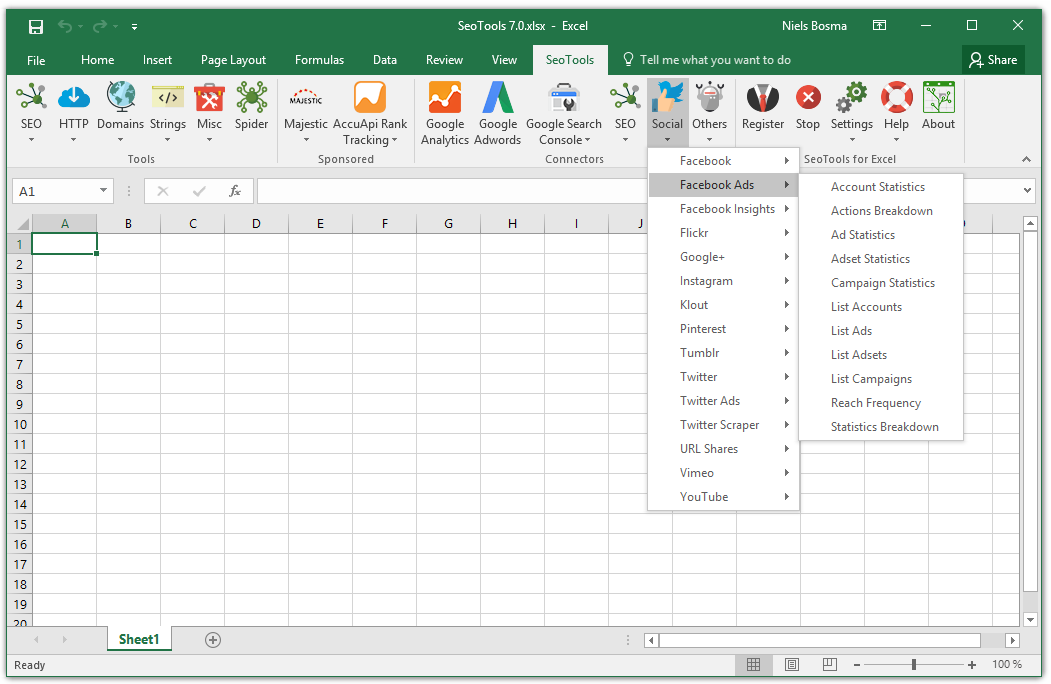 We have decided to discontinue the freemium model of SeoTools from this version and forward. It's simply not working out with all the development, maintenance, and support that we're putting into this product. So from now on all users will need to get what we previously called a "Pro" license key. We hope that you understand.

14-day trial keys can be requested directly in the Register menu.

The only free features in SeoTools are now Majestic and AccuApi (read more about this below). These companies have sponsored us to integrate their APIs in SeoTools and can be used without a license key.

We've partnered with AccuRanker to integrate their ad-hoc rank tracking API - AccuApi. Using this Connector you can quickly explore the ranks of a set of keywords within seconds.

Victor has been busy with building loads of new Connectors. He has also made updates to most of the old ones.

Majestic, Ahrefs, SEMrush, has been converted into Connectors.

Dowload the latest version of SeoTools!