The IMDB Connector is available in the Connectors Manager in the top ribbon:

Head over to the Knowledge Category and install IMDB: 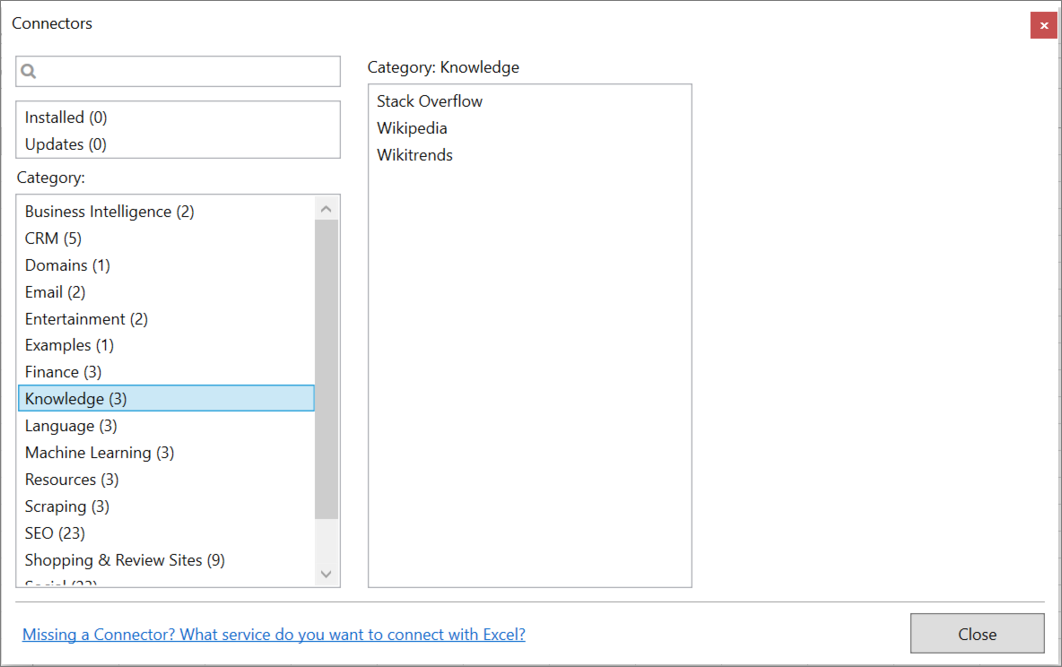 This connector suite is open-sourced on GitHub.

Get help with this function in the community →